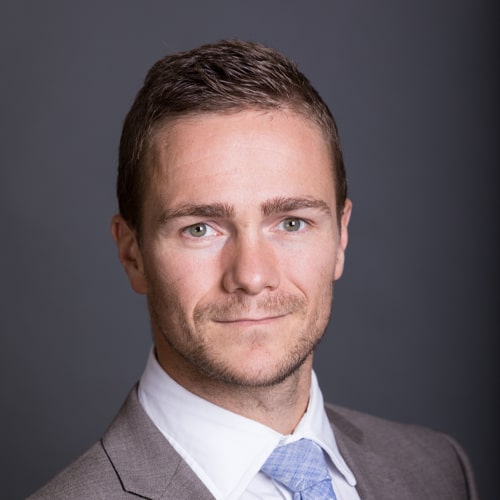 Bobby is a third generation Whitby resident. He spent his childhood in arenas playing for the Whitby Wildcats and Whitby Warriors. Today, he is an Associate Investment Advisor with The Gawne Group of TD Wealth Private Investment Advice. Bobby loves the Town of Whitby and is active within the community he grew up in. In addition to being a board member with Whitby Downtown BIA he is a board member with Durham Community Foundation, and the Chair of the Canadian Association of Credit Counselling Services. He is also a proud member of the Rotary Club of Whitby Sunrise, Whitby Chamber of Commerce, Durham Mountain Biking Association, Whitby Brass Band, and a patron of Station Gallery.

In his opinion there is no better place in the world than Whitby, Ontario. 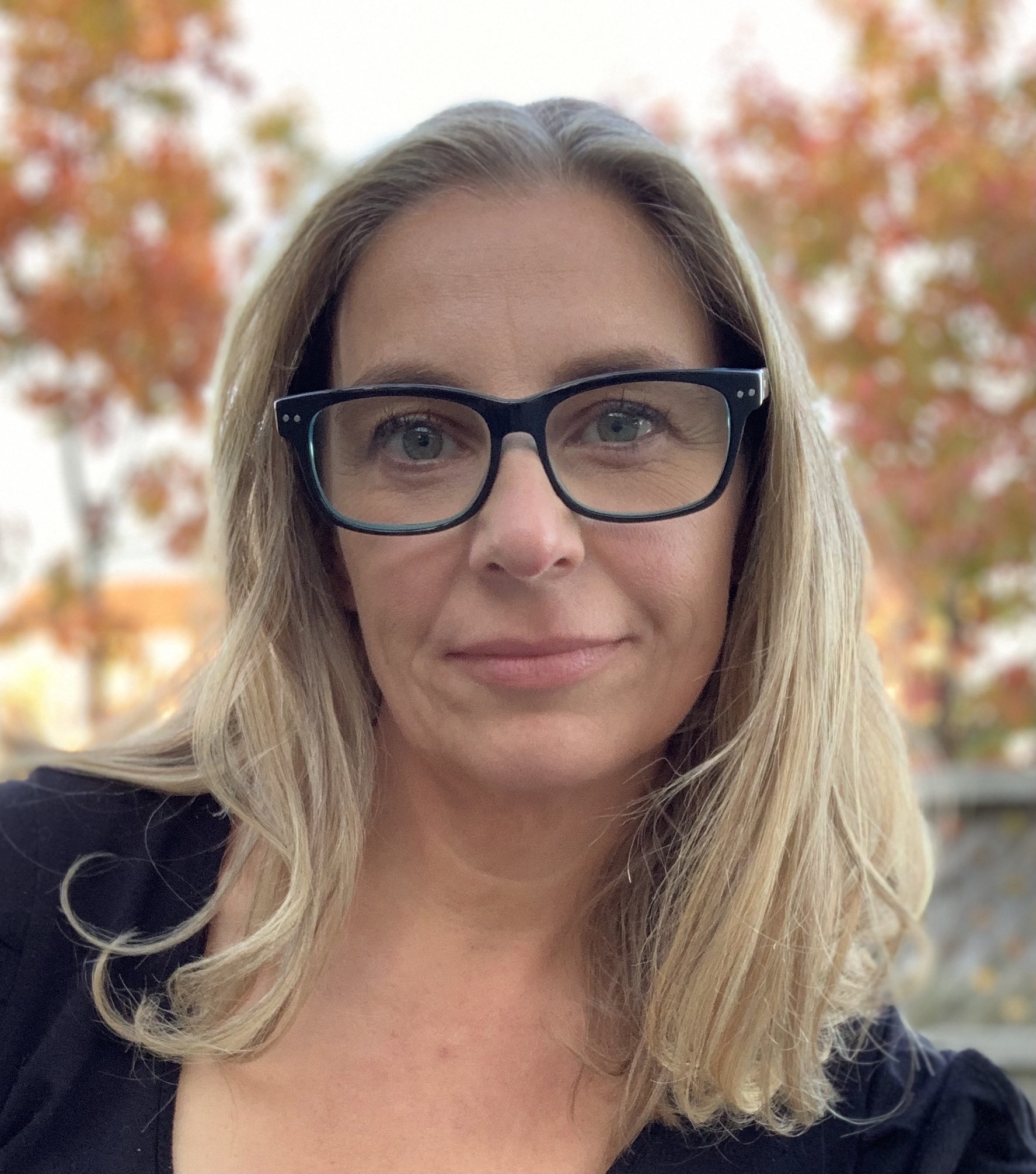 Sandra is passionate about small businesses and is excited to be part of the Downtown Whitby BIA Board of Management. She has run Lashes By Design (LBD) in the heart of Downtown Whitby for 7 years. The store has become a favourite local spot for lasher artists to buy supplies and connect.

LBD is now almost 8 years old and was split into two companies allowing Sandra to focus on E-Commerce and importing products to the Supply Shop.

Sandra completed a bachelor of commerce from Concordia University and an MBA from Wilford Laurier.

She is originally from Montreal and has lived in Whitby for almost 20 years. Sandra is always looking to take on new challenges and looks forward to providing help and direction for the next generation of lash artists and entrepreneurs. 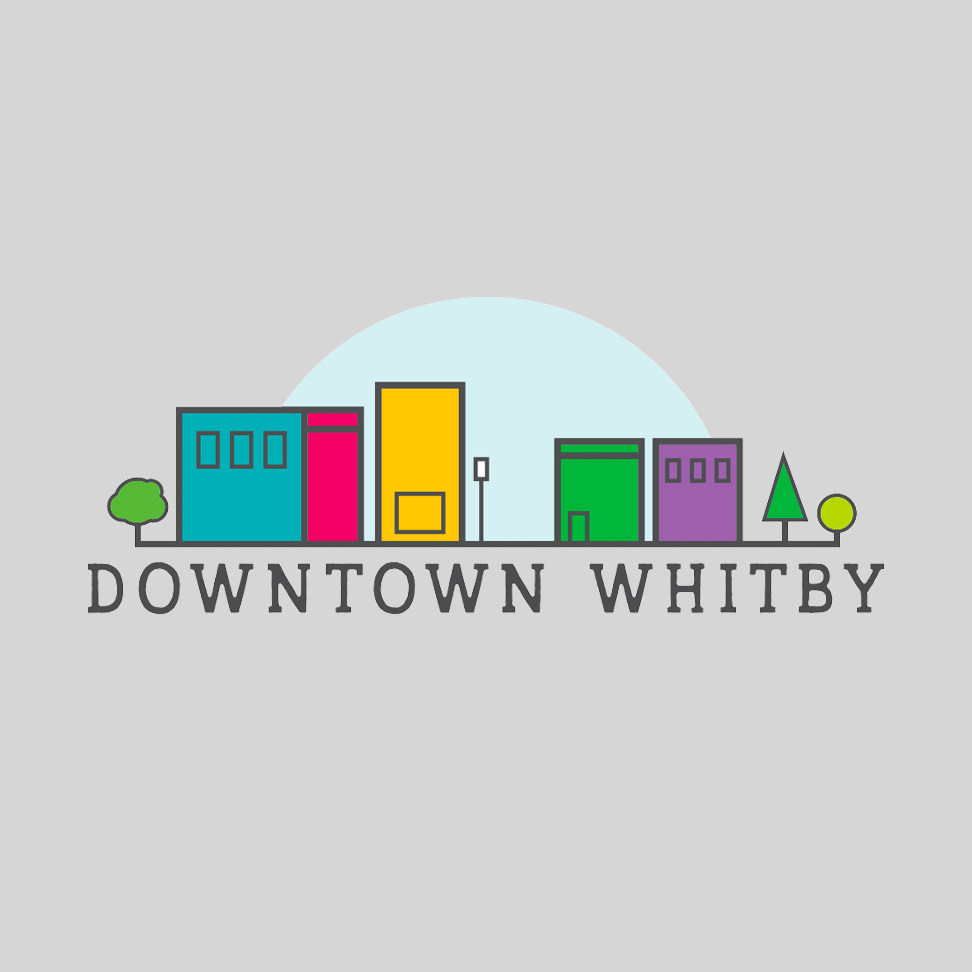 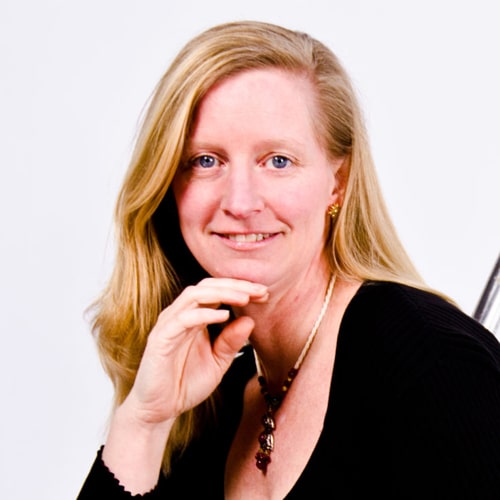 Alison Galvan is the Co-owner of The Food and Art Café, or as it is affectionately known here in the Durham Region, The Fart Café.

In the summer of 2017 Alison and her family moved to Whitby to open up their dream business, a restaurant in which her husband, Noel, and son, James are artists in the kitchen, and Alison and her daughter, Phoebe, are the artists out front, with Alison’s fine art hanging on walls that Phoebe designed. Their restaurant has been a labour of love and while Alison and her family are the new kids on the block, they have jumped in with both feet, getting involved in the community hosting the Whitby Chamber’s bi-weekly Java Jolt meetings, joining various committees and stepping up as an active and engaged member of the Downtown Whitby BIA. 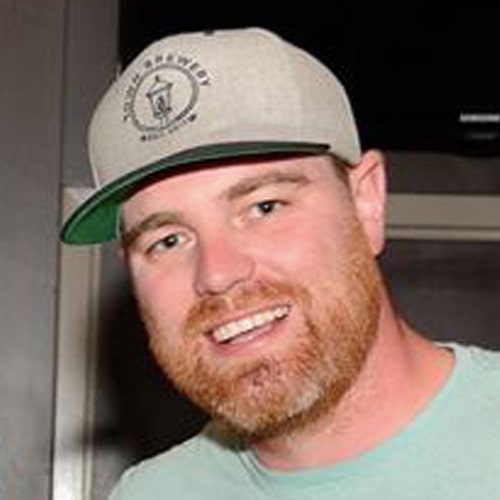 James is no stranger to Downtown Whitby, starting out as a busboy at the Tap and Tankard to now owning it, James sees the potential that Downtown Whitby has! James chairs the Downtown Whitby BIA Finance and Communications Committee. In 2017, James presented the idea of hosting a beer fest in Downtown Whitby and in September 2018 that idea became a reality! His famous line is “The BIA is here to do cool things….so let’s do it!” 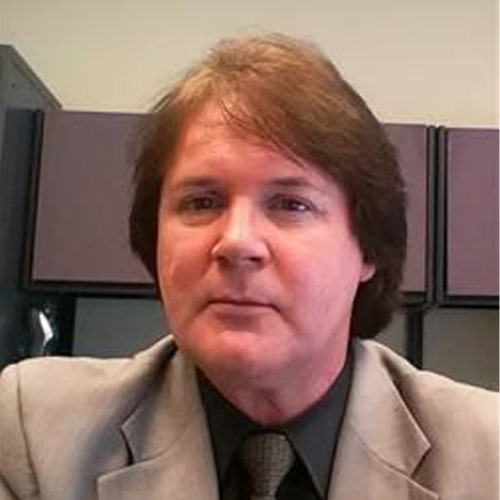 John has been in Banking for over 30 years as a branch manager in and around Durham. John’s favourite part of his job is getting to know people. Since coming to Whitby 3 years ago, he has had the chance to meet some great people. John loves the vibrant downtown core and the good folks who run their businesses around him. He has been part of community groups and organizations in the past and looks forward to focusing on the business community here in Whitby and building a fabulous Downtown. 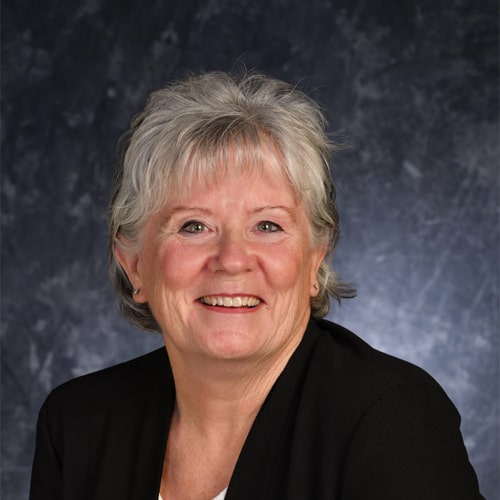 Elected in 2018, JoAnne Drumm is serving her first term as Councillor of Centre Ward (3).

Graduated from Centennial College in Early Childhood Education and studied Library Information Services at Mohawk College.  Prior to the election, she had a career in library services and early childhood education as a Children’s programmer at the Whitby Public Library.

JoAnne is the Mayor’s designate on the Road Watch Committee, Whitby Yacht Club Board and the Downtown Whitby BIA Board of Management.

Community service is a way of life for JoAnne having served as past president and Board member of the Rotary Club of Whitby Sunrise and sat on the Board of Directors for the Whitby Courthouse Theatre for 5 years.  JoAnne is also the proud recipient of the Solicitor General’s Award for Crime Prevention.

JoAnne is a lifelong Whitby resident and brings a fresh new voice to Whitby Council. 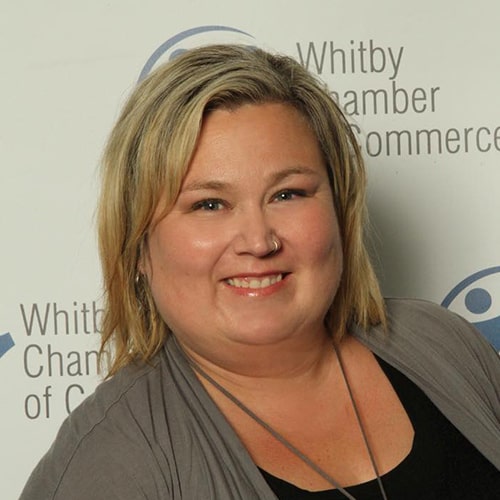 While still working in the corporate world in 2005, Karey dabbled in cake decorating and baking and found her true passion. Karey started making cakes on the side out of her designated kitchen space in her home. In 2011, Karey, a 40 year long time Whitby resident opened her first retail location in historic downtown Whitby. 2015 saw the expansion of the bakery to its new location where it currently resides on Dundas St in Whitby.

In 2015, Kake Kreations won the  Parents Choice Award for Best Cakes in Durham Region and in 2016 Karey travelled to Los Angeles after receiving an invitation from Food Network as the lone Canadian to be invited to appear on Cake Wars, where she was awarded 1st runner up.

2016 also saw Kake Kreations win best business in Whitby from the Whitby Chamber of Commerce. Karey has had the opportunity to travel all over North America to compete in sugar Art shows and has a many accolades on her wall to attest to her skills.

Karey is intricately involved in the downtown Whitby community as an active member of the Chamber of Commerce, sitting on the Membership Committee, Connect Women, Peter Perry Awards Committee and is an Ambassador for the Chamber. Karey also sat on the Downtown Whitby BIA formation committee and now holds the position of Executive Director 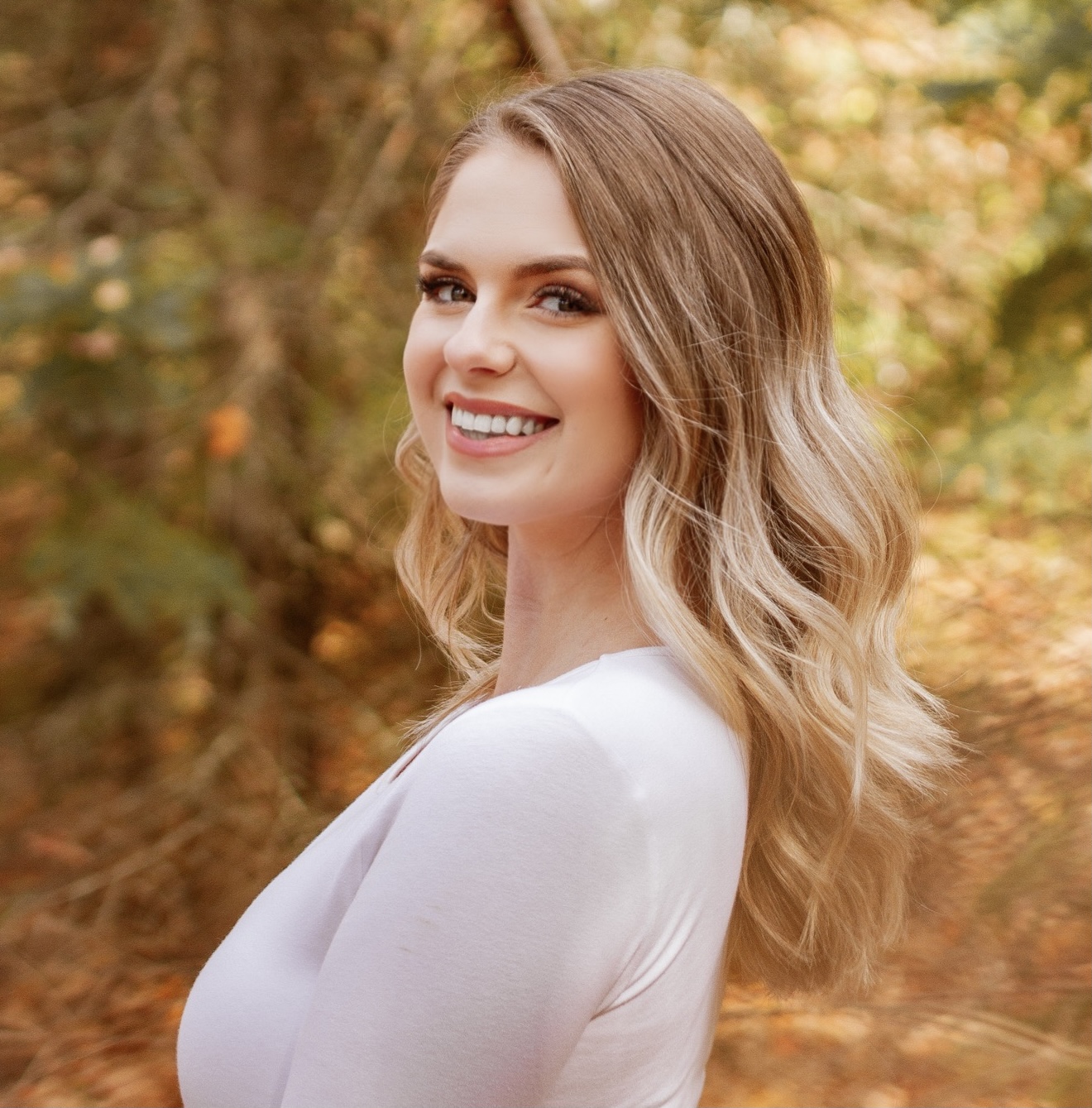 Maddie is a Whitby native and can’t think of a better place to call home! Working for the Downtown Whitby BIA allows Maddie to give back to her community and make her hometown a worthwhile destination.

After earning her diploma in Advertising and Marketing Communications at Durham College, Maddie went on to complete her BA in Communications and Digital Media Studies at The University of Ontario Institute of Technology. During her time as a student, Maddie spent her summers working for the Town of Whitby as the Events Summer student.

Maddie’s favourite parts of working for the Downtown Whitby BIA are planning events and encouraging her community to support local!

Need to get in touch with the Downtown Whitby Board of Management?